Craig Anderson, M.P.A., began his public sector career with the Village of Glenview, IL, where he served as a maintenance and equipment operator in the Public Works Department from 1973 to 1977; Administrative Assistant to the Director of Development and Public Services from 1977 to 1978; Administrative Assistant to the Village Manager from 1978 to 1980; and Assistant Village Manager from 1980 to 1988. He served as Village Manager for Wheeling, IL, from 1988 to early 2002; as Interim Village Manager for Long Grove, IL, during mid-2002; and as Village Manager for Carpentersville, IL, from late 2002 until his retirement in 2010. Subsequent to his retirement, Craig has assisted with two police services and four organizational studies, has completed three part-time interim assignments and was employed with a consulting firm as a public management specialist on a part-time basis for approximately two years.

While he was Manager in Wheeling, the village was successful in its efforts to coordinate the realignment of Milwaukee Avenue with TIF district improvements, maintain its capital improvements program, annex significant acreage to the northwest corner of the community for retail development, and work cooperatively with the City of Prospect Heights to improve infrastructure at Palwaukee Municipal Airport. During Craig’s service as Manager in Carpentersville, the village implemented a revamped capital improvements program, approved a new classification and salary plan for non-represented personnel, significantly improved financial record-keeping and reporting processes, and became more active in regional cooperation efforts.

Mr. Anderson earned a B.S. in biology from Northern Illinois University (1973) and a Master of Public Administration from Roosevelt University (1979). He is an ICMA Credentialed Manager. 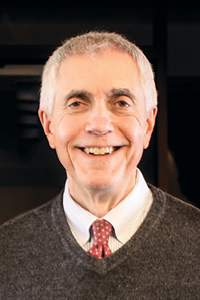